Cancer By Far Is The Biggest Problem Smokers Face Daily

Reason number 1001 why quitting smoking now is even more important

Not that you really need a reason to quit, but lung cancer is one of the most common results from smoking. The more you smoke, the better chances of contracting this deadly killer.

We know this and have known this for decades. However, it still baffles the mind how people to this day still consciously choose to smoke, even knowing the risks. We are constantly reminded daily with those very unattractive commercials of people after smoking.

Typically at the end of the commercial noting that the person has since passed away due to lung cancer.

To me, seeing someone talk about how bad their life is because of smoking (usually in a very gruesome depiction) and later find out that person is now no longer with us, sends shivers down the spine.

The scariest of those commercials is when they say that “smoking killed me.” 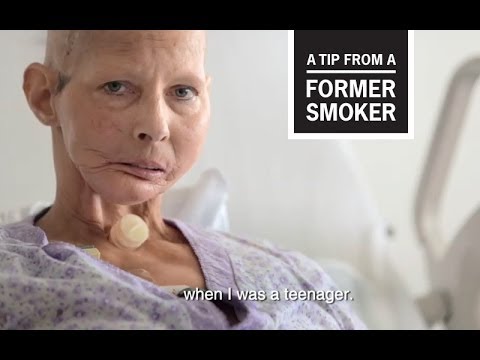 Speaking into the camera during the commercial and days later report that person has died of lung cancer. If these reasons don’t make, people stop and think for a second that smoking kills, I don’t know what will. At least if not for themselves they should consider how it will impact their family.

Nobody said that quitting was going to be easy, but like anything in life if you desire it badly enough it can and will happen!So often we all take for granted the simple pleasures in life and complain when somebody else “prays to God” to have that very thing that we take for granted daily.

I see and hear people every day complaining about the most trivial things like, “oh it’s so hot today I can’t stand it” (bearing in mind those are the same people that say)

“Oh it’s so cold, I’m freezing” a few months earlier. Another may complain that they stubbed their toe or the worst I hear, “I’m bored there’s nothing to do and nothing on TV…OMG, I want to smack those people sometimes.

There are people and even young innocent children with only months, weeks and days to live!

Instead of complaining “why me” they’re smiling and happy saying things like “how blessed they are to be able to feel the heat of the sun on their face.” To touch and hold their parent’s hand, and instead of complaining they inspire others not to take for granted these simple things.

SO why them? The question why is truly the biggest mystery and one we will never know, it’s God’s will and must accept that.However, knowing that if we do things like excessively drink alcohol, take illegal drugs and YES smoke.

We are purposely choosing to end our lives much earlier than God’s will. Perhaps for some of you reading this now it all clicks and being here is your chosen path to breaking away from smoking for good.

Recently we shared an article from the folks at WebMD about the silent killer called “Lung Cancer: The Big Picture”

How it’s become the top type of cancer today responsible for the most deaths caused by cancer for both men and women. Also, astonishingly the article is stating that 9 out of 10 people today contract lung cancer from smoking solely.

Not other environmental issues like radon gas or asbestos, etc., however, this wasn’t always true in the earlier days of the tobacco industry.The WebMD article claims the increase is due to the use of mechanical rollers that the tobacco industry uses to mass produce cigarettes today is the cause for the increased numbers of lung cancer victims.

However many other studies are showing that the increase not only in lung cancer, but the many other health complications due to smoking aren’t just from the roller machines. But more the added chemicals used today than were used back in the early tobacco days.

If a diagnosis of a pulmonary malignancy wasn’t scary enough by itself, many of the drugs used to treat this horrifying condition are often linked with tremendous and life-long side effects as well. For example, one the most known second-line treatments for non–small-cell lung cancer is docetaxel, widely sold by Sanofi-Aventis as the branded Taxotere.

Other than the many known adverse reactions of traditional chemotherapy agents such as vomit, diarrhea and weight loss, however, some studies found that Taxotere may cause permanent hair loss, leaving the patient bald for the rest of his or her life. This condition is particularly disfiguring in women, and may cause serious distress, anxiety and depression.

It’s been rumored that when the surgeon general made the tobacco companies put a stamp disclosing that smoking can kill you, it also KILLED sales 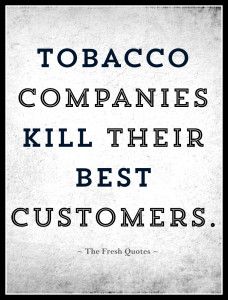 Scaring a lot of people at that time into quitting and, believe it or not, back then it was ten times easier to stop. However, if it was easier to stop then why did smoking increase so rapidly, even with the surgeon general putting a stamp on it?

Is the answer? Perhaps instead we should say “the rumor is” the tobacco companies added more addictive chemical agents into their tobacco, to make it ten times harder for people to quit! That is the reason and NOT the infamous nicotine being the culprit of why people find it so difficult to quit today.

The article also explains how smoking also affects the natural defensive system our body uses to attack these cancers. Not only do the chemicals within cigarettes have lung cancer causing chemicals, but it affects the bodies built in safeguards. Particularly the “cilia.” the hair-like follicles that sweep away toxins. The cilia are stunned and stop moving completely when smoking.

Not allowing the cilia to discard bacteria and viruses naturally when you inhale smoke. Ultimately causing them not to defend against killer lung cancer cells. The cilia also control the mucous membrane and prevents your nose from running.

Below you’ll find our Facebook Post we did and you can get the full details within the main article, explaining more of how to diagnose this quiet killer and if discovered early enough, how to eliminate it. Of course if you do smoke now and currently don’t suffer with these symptoms, it doesn’t mean you’re out of the woods, so quitting now is really in your best interest overall.

Lung cancer, a quiet disease until it shows it’s ugly head. Even if diagnosed, it’s never too late to make healthy changes to your lifestyle.

Clearly showing how ridiculous and sad it is when parents still choose to smoke in front of their children, exposing them to second-hand smoke. Perhaps back in the days of the Brady Bunch, tobacco use, in general, was more accepted.

Then again that was an entirely different cigarette than the chemically infused tobacco of today. It’s a funny parody and cleverly done, however, the message is clear and to the point.

In closing if after reading, watching the video and taking in all the information shared still hasn’t convinced you to give up smoking now for good, what on earth will? Perhaps being diagnosed with lung cancer might be convincing enough, but then it’s too late.

As mentioned we know it’s not easy…but nothing in life is easy, work is required to achieve success no matter what the goal.

See all of our resource pages below:

The Battle Against Big Tobacco